The South Korean multinational LG’s two forthcoming K series smartphones sporting model numbers LG-K530 and LG-K535 have been spotted on Geekbench. Though the benchmark database website does not disclose all the specs and features of the forthcoming devices yet it indicates that the new smartphones are the successor to the K10 handset.

According to Juno Cho, CEO and President of LG Electronics Mobile Communications Company: 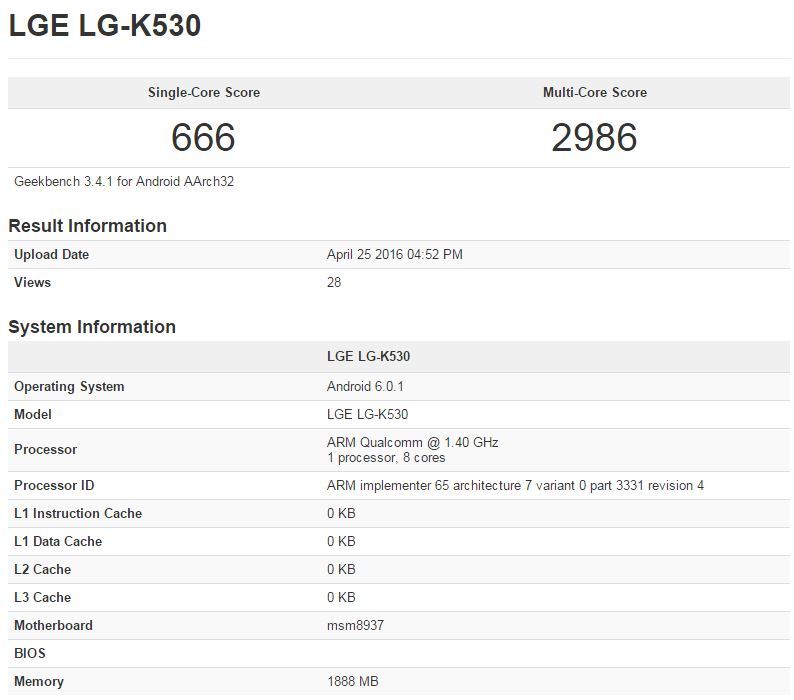 On the specs front, LG-K530 will be fueled by 64-bit octa-core Snapdragon 430 SoC by Qualcomm working at 1.4GHz and coupled with 2GB of RAM. Notably, the Snapdragon 430 chipset officially comes with 1.2GHz clock speed. So it appears to be a mistake in the Geekbench listing. In addition, the device is said to run on Android Marshmallow 6.0 out of the box.

On the other hand, LG-K535 is said to be the variant of the LG-K530. The handset is expected to be powered by Qualcomm Snapdragon 430 MSM8937 SoC and is speculated to be backed by 3GB of RAM. Just like LG-K530, this device will also run on Android Marshmallow 6.0. 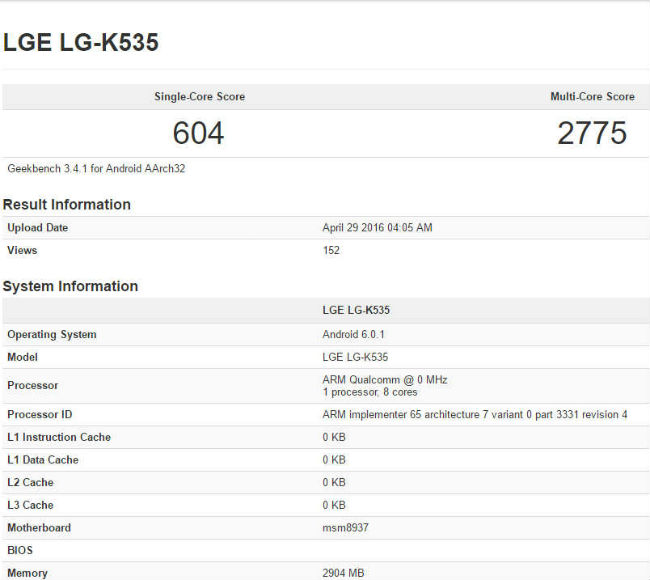 Nothing is known about the naming of the two devices, however, assuming by these revealed specs, both the variants appear to be an update to the LG K10 handset.

The South Korean tech giant has recently introduced K7 LTE and K10 LTE handsets in India. Both of these devices sport VoLTE and VoWIFI technology. The Smartphones come with the price tag of Rs. 9,500 and 13,500 respectively.